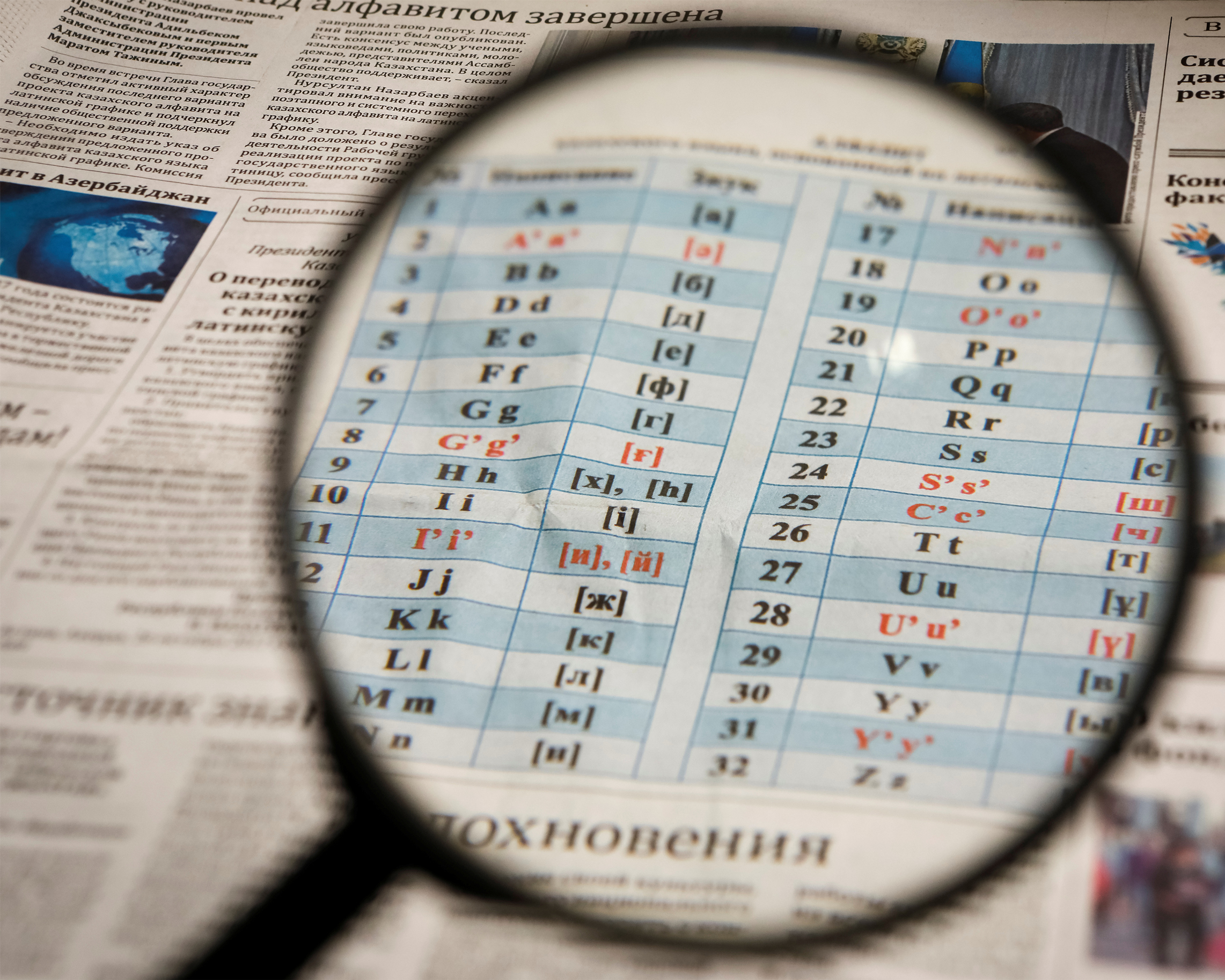 South Asia is densely populated and immensely diverse. India, for example, is more populous than all of North America and Europe combined. It’s home to 1.3 billion people and has twenty-two official regional languages. With over two hundred million people, neighboring Pakistan is the sixth-most populous country in the world. Meanwhile, Bangladesh—another neighbor—accommodates a population over half the size of the United States in an area the size of Iowa. Such massive populations present economic opportunities for South Asian countries but also leave the region—one already prone to floods and heat waves—more vulnerable to climate change and the spread of disease. To the north, Central Asia is far less populous but has its own challenges and opportunities. Following seven decades of Soviet rule, these newly independent countries are reasserting their distinct national identities through events such as the World Nomad Games, where traditional sports like horseback archery, golden eagle hunting, and high-speed yurt-building are on full display.

South Asia is an immensely diverse and densely populated region. It is home to one-quarter of the world’s population spread over just 7 percent of the world’s landmass. India and Pakistan account for 86 percent of the region’s total population and, along with Bangladesh, rank among the world’s ten largest countries by population. Bangladesh is especially dense, with over 160 million people living in an area the size of Iowa. (For context, Iowa has just over three million people.) Such large populations, especially when concentrated in small areas, present specific challenges: natural disasters have a potentially more devastating effect, and disease can spread quicker. And these challenges will likely become more severe as the region’s population continues to balloon. In less than a decade, for example, India is projected to overtake China as the world’s most populous country. 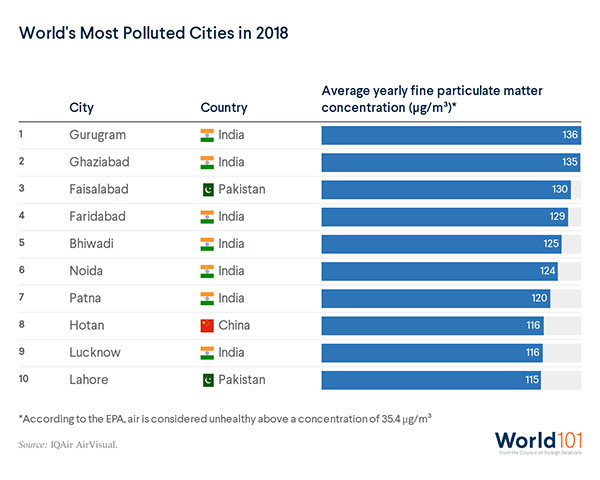 Between 2000 and 2011, South Asian cities swelled in size, as 130 million people flocked to urban areas often in search of better, higher-paying jobs. This urban boom presents challenges for governments in megacities—like Dhaka, Bangladesh and Mumbai, India—that struggle to provide services like transportation and sanitation for their inhabitants. During monsoon season, Dhaka and Mumbai’s streets flood regularly due to clogged drains and the cities’ low elevation. And in their densely populated slums, diseases can spread quickly. Rapid urbanization has also led to high levels of air pollution—the region is home to eighteen of the world’s twenty most polluted cities.

Life expectancy in South Asia has risen dramatically over the past fifty years. On average, people are living over twenty years longer compared to half a century ago. During this time, the region’s economies have also developed rapidly, lifting hundreds of millions of South Asians out of poverty and making it possible for them to live longer and healthier lives. Government policies have also gone a long way toward improving health in the region. India eradicated polio in 2014 after a campaign that vaccinated millions of children. Bangladesh brought down cases of cholera and diarrheal disease by 95 percent between 2003 and 2013 by promoting good hygiene through handwashing public awareness campaigns and the construction of millions of toilets and latrines. And Nepal has reduced its maternal mortality by more than 70 percent since 1990 through government and donor-supported investments in education, free child-delivery services, and improvements to road infrastructure, which allow mothers to more easily reach health clinics in the mountains and hills.

A History of Female Leadership 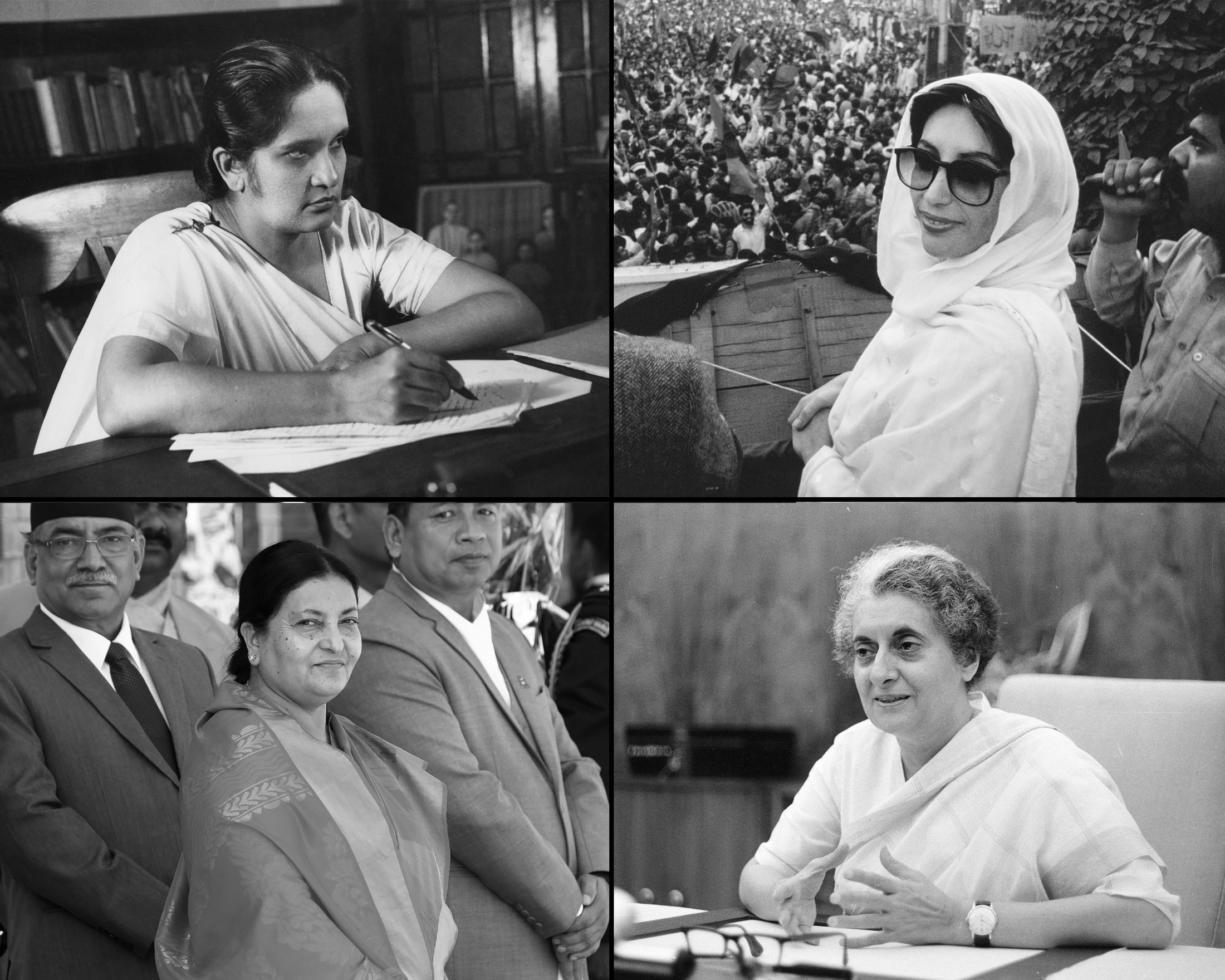 Unlike other regions of the world, many of South Asia’s most powerful leaders have been and are women; however, a majority of these women come from political dynasties. Sirimavo Bandaranaike of Sri Lanka became the world’s first female prime minister in 1960; her daughter, Chandrika Kumaratunga also became both prime minister and president. Indira Gandhi, the daughter of India’s first prime minister, served as prime minister for almost sixteen nonconsecutive years and was a powerful force in Indian politics for decades. Pakistan’s Benazir Bhutto became the first woman to lead a Muslim-majority democratic country, serving as prime minister from 1988 to 1990 and again from 1993 to 1996. Another Muslim-majority country, Bangladesh, has had two women—Sheikh Hasina, daughter of the country’s first president, and her political opponent Khaleda Zia, wife of another president—alternate in the prime ministership for most of the last three decades. More recently, Nepal’s lawmakers elected the country’s first woman president—and the country’s second president—Bidhya Devi Bhandari, in 2015. 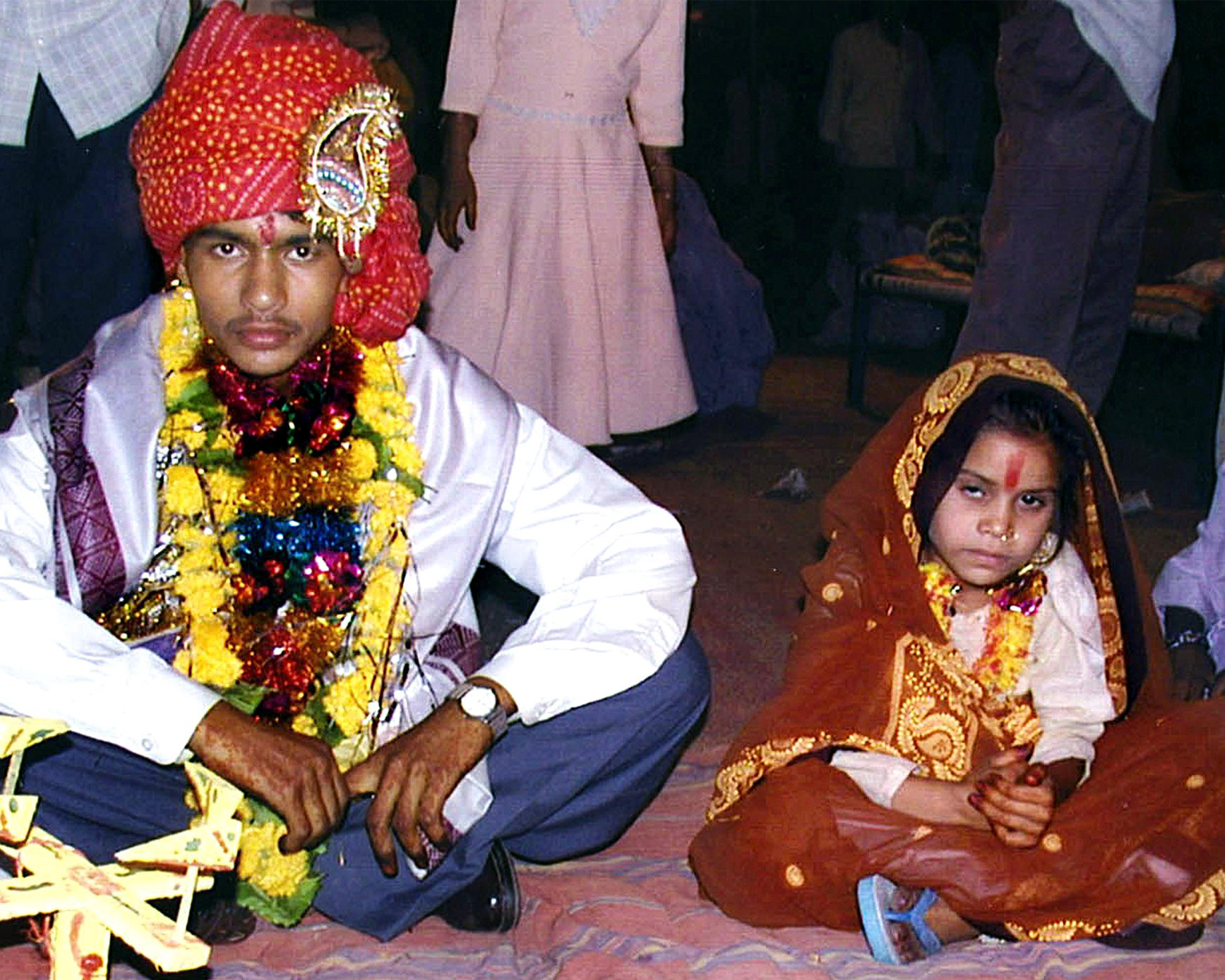 A 16 year old boy prepares to marry a young girl in Indore, India, on May 15, 2002, despite a government ban on under-age nuptials.

Despite the history of female leadership in the region, many women in South Asia face significant challenges throughout their entire lives. Beginning at a young age, girls in the region are sometimes excluded entirely from education. In parts of Pakistan, nearly one-third of all primary school–aged girls are not in school. The number is even higher—two-thirds of all school-aged girls—in Afghanistan, where 83 percent of women are illiterate. These gender inequalities continue into adulthood. Afghanistan granted women the right to vote in 1919, a year before the United States did, but the Taliban’s rise to power decades later significantly eroded this early progress: recent estimates indicate up to 80 percent of Afghan women face forced marriage. Yet, in some countries, ideas about gender are evolving. In India, protests against a brutal gang rape in Delhi in 2012 rocked the country and launched a movement centered on women’s rights, resulting in new laws to prosecute perpetrators of sexual violence.

A 16 year old boy prepares to marry a young girl in Indore, India, on May 15, 2002, despite a government ban on under-age nuptials.

Kazakhstan's new Latin-based alphabet was disseminated in a newspaper in Almaty, Kazakhstan, on October 27, 2017.

In the nearly three decades since their independence, the former Soviet Republics of Central Asia have drifted from Russian influence. Nowhere is this trend clearer than in language. Previously, when all five Central Asian countries—Kazakhstan, Kyrgyzstan, Tajikistan, Turkmenistan, and Uzbekistan—belonged to the former Soviet Union, Moscow ensured that Russian language and literature were taught in schools and that Russian dominated all forms of media, despite these former Soviet republics each having their own native language. But since the Soviet Union’s collapse in 1991, Russian language instruction in schools has substantially decreased, Russian media is now hard to come by, and many of Central Asia’s younger generations are instead opting today to pursue the languages of rising powers like China. The governments of Kazakhstan, Turkmenistan, and Uzbekistan—the three richest and most populous countries in the region—will also transition their languages away from the Russian Cyrillic script to English’s Latin alphabet by 2025.

Kazakhstan's new Latin-based alphabet was disseminated in a newspaper in Almaty, Kazakhstan, on October 27, 2017. 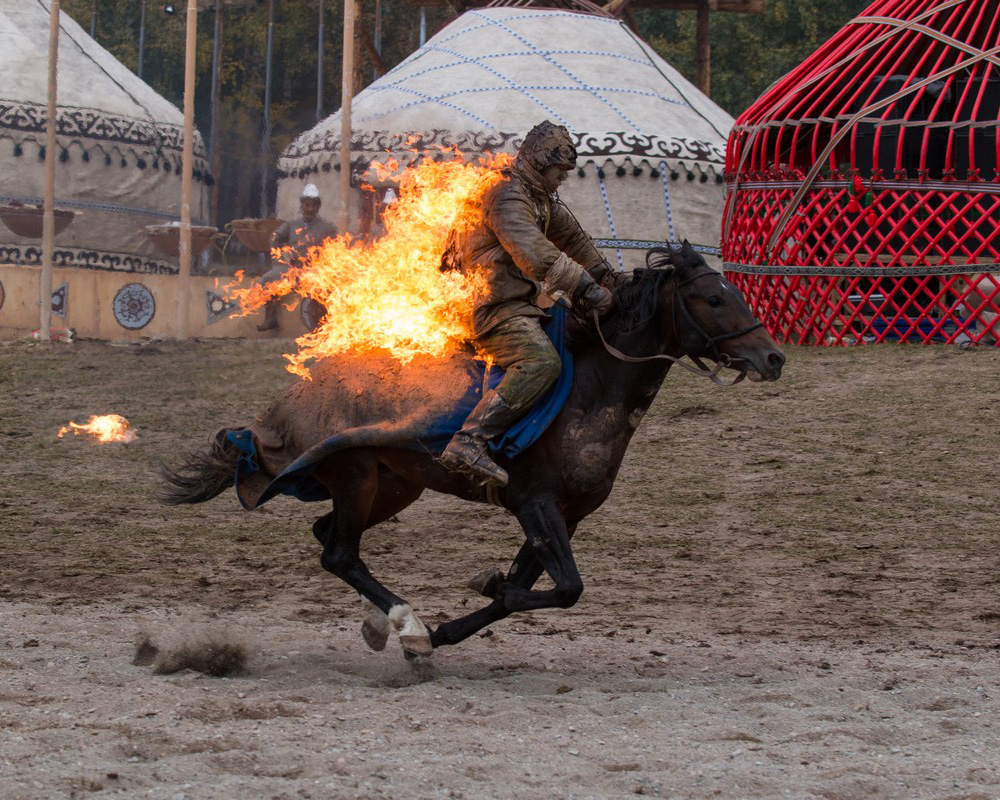 A participant at the 2018 World Nomad Games at Kyrchyn Gorge, Kyrgyzstan.

As the former Soviet Republics of Central Asia have drifted from Russia, they have looked to their own past to forge, or reassert, post-Soviet national identities. Drawing on its nomadic culture, Kyrgyzstan launched the World Nomad Games in 2014. Held every two years, the Olympics-style gathering boasts over forty sports, including horseback archery, golden eagle hunting, bone tossing, seventeen types of wrestling, high-speed yurt-building, dog racing, and kok boru, a game in which horse-mounted players throw a headless goat carcass into a large goal. Like most international sporting events, the World Nomad Games also serve as a political forum. Kazakhstan used the inaugural games to showcase its national heritage and historic connection to the land just one week after Russian President Vladimir Putin insinuated that the former Soviet Republic should never have become an independent country.

A participant at the 2018 World Nomad Games at Kyrchyn Gorge, Kyrgyzstan.

As the former Soviet Republics of Central Asia have drifted from Russia, they have looked to their own past to forge, or reassert, post-Soviet national identities. Drawing on its nomadic culture, Kyrgyzstan launched the World Nomad Games in 2014. Held every two years, the Olympics-style gathering boasts over forty sports, including horseback archery, golden eagle hunting, bone tossing, seventeen types of wrestling, high-speed yurt-building, dog racing, and kok boru, a game in which horse-mounted players throw a headless goat carcass into a large goal. Like most international sporting events, the World Nomad Games also serve as a political forum. Kazakhstan used the inaugural games to showcase its national heritage and historic connection to the land just one week after Russian President Vladimir Putin insinuated that the former Soviet Republic should never have become an independent country

Religion in South Asia: Diverse But Source of Tension

South Asia consists of a remarkably diverse religious landscape. India is home to one billion Hindus, as well as most of the world’s Sikhs, Jains, Zoroastrians, and Baha’is. Bangladesh, India, and Pakistan have three of the world’s four largest Muslim populations. Religious discrimination, however, has often been a divisive—even violent—force in the region. Tensions between Hindus and Muslims go back to before 1947, and religious violence has erupted occasionally since. Riots between Hindu and Muslim groups in India killed over a thousand people in 2002. And religious minorities in Afghanistan, Pakistan, and Bangladesh often face severe persecution and receive almost no government protections.

With 1.3 Billion People, India Is a Continent of Its Own 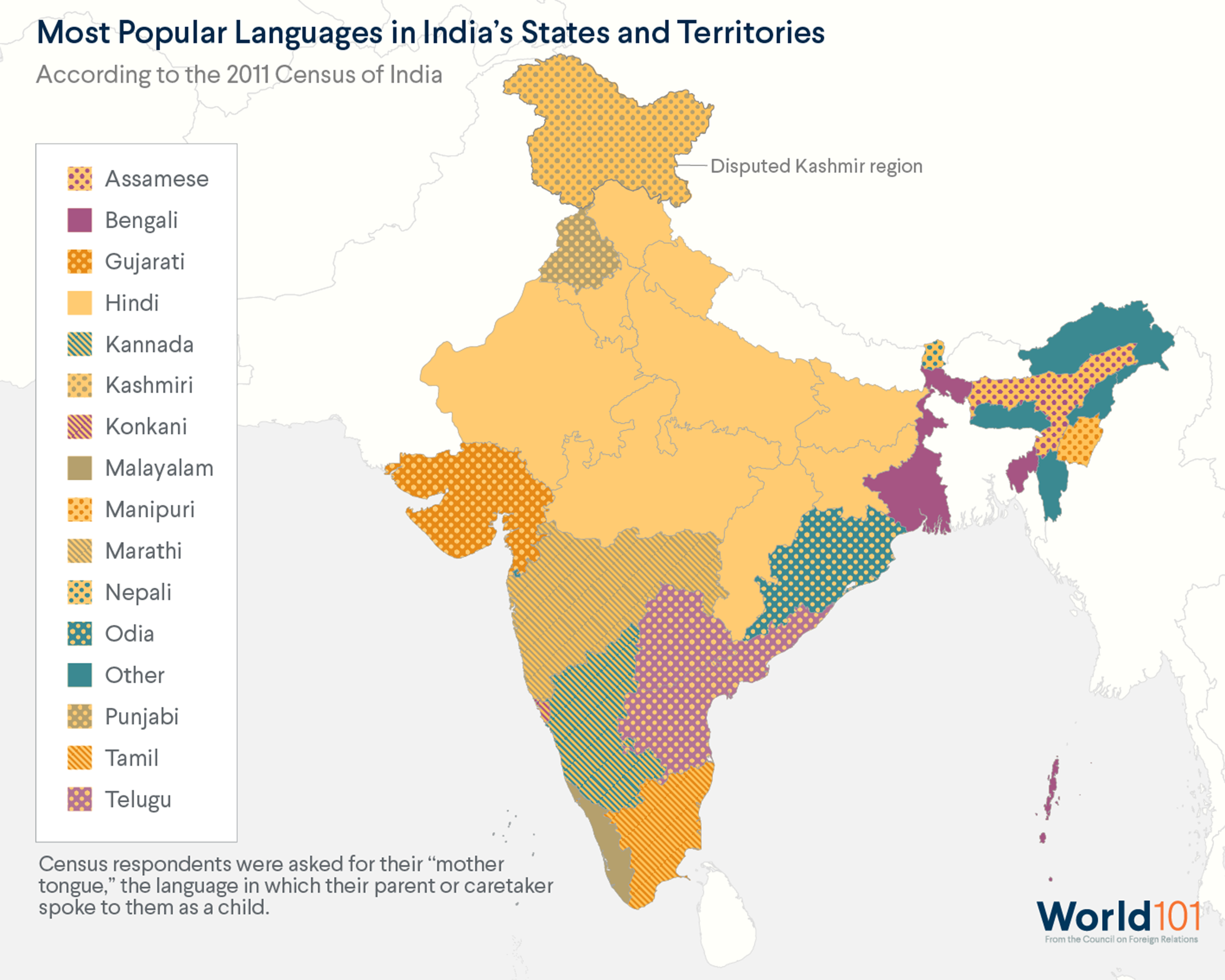 India is so large and diverse that it seems to be more a continent than a country. Its constitution recognizes twenty-two languages, and its population is bigger than Africa’s. Three states have populations of over one hundred million people. In functional terms, India could be compared to the European Union. Like European countries, India’s states are drawn along ethnic and linguistic lines and have distinct cultures. And similar to Europe, local identity is strong in India—turnout for state assembly elections is often higher than that for national elections. With all this linguistic, ethnic, and political diversity, how has India stuck together as a single country for so long? This success is usually chalked up to the central government striking a delicate balance of state autonomy and national unity. So while state governments can set their official languages and control their finances, the central government is in charge of communications, defense, diplomacy, and monetary policy.

India makes more than 1,500 movies a year—almost triple the number Hollywood produces—and the cultural significance of these films cannot be understated. Across India, fans have built temples in honor of their most beloved stars. Bollywood—the word is a spin on Hollywood, which many people outside India think of as the Indian Film industry—is just the Hindi cinema industry based primarily in Mumbai (formerly known as Bombay). Other film industries include Tollywood for Telugu-language films and Sandalwood for Kannada-language films. Indian films might be famous for their catchy and colorful musical numbers, but they also reflect India’s diversity. In one Bollywood blockbuster, Two States, star-crossed lovers navigate their backgrounds from Punjab and Tamil Nadu, two Indian states from the north and farthest south of the country, with different languages and cultures. In another film, PK, an alien wanders around India confused by the country’s various—and seemingly incompatible—religions. The film industry is one of India’s most prominent cultural exports. Its massive fan base spans Africa, Central Asia, the Middle East, and even across the border in Pakistan.