What are the ways in which people—overwhelmingly young people—become radicalized?

Farah Pandith, an adjunct senior fellow at the Council on Foreign Relations and a former special representative to Muslim communities at the U.S. Department of State, has traveled the world talking to young people in search of answers to these questions. She sat down with Caroline Netchvolodoff, CFR’s vice president of education, for a conversation about the central role of identity in radicalization, the need for a greater commitment from all parts of society to counter extremism, and the reason why the phrase radical Islamic terrorism should be avoided.

The interview has been condensed and edited.

Caroline Netchvolodoff: What do we mean when we talk about individuals becoming radicalized to commit terrorism?

Farah Pandith: Since 9/11, there’s been a lot of research around what motivates young people to join a terrorist group like al-Qaeda or the self-proclaimed Islamic State, also known as ISIS. What these terrorist groups have been able to do is lure in young people to make them feel like that sense of belonging only can come from them.

FP: The central piece that is motivating young millennial Muslims is the issue of identity. In a post-9/11 world, they’re asking themselves questions that the generation before didn’t ask: What does it mean to be modern and Muslim? How can I understand the difference between culture and religion?

Anything that begins with a young person who is asking questions about their identity is not cause for concern. Every young person asks, What is the purpose of my life?

Identity and belonging are as old as time. Cultures around the world understand that to belong to something that motivates you, to make you feel like you’re someone rather than just an individual actor, is a central component to human emotional connectivity.

When they’re beginning to think about themselves as apart and distinct from their communities in such a way, that begins to move them to feel the influence of the ideology of an extremist group, that is the movement that I have described as moving along a conveyor belt.

CN: Can you walk us through this conveyor belt, as you call it, of the radicalization process?

FP: Each radicalization process is different. Sometimes people get radicalized online. Some get radicalized through peers in local communities. Sometimes it’s books or articles that they’ve read. So whether you’re looking at a young person in Marseilles or in Malaysia or Tunis, you’re seeing this evolution of learning through the ideology of the extremist groups. 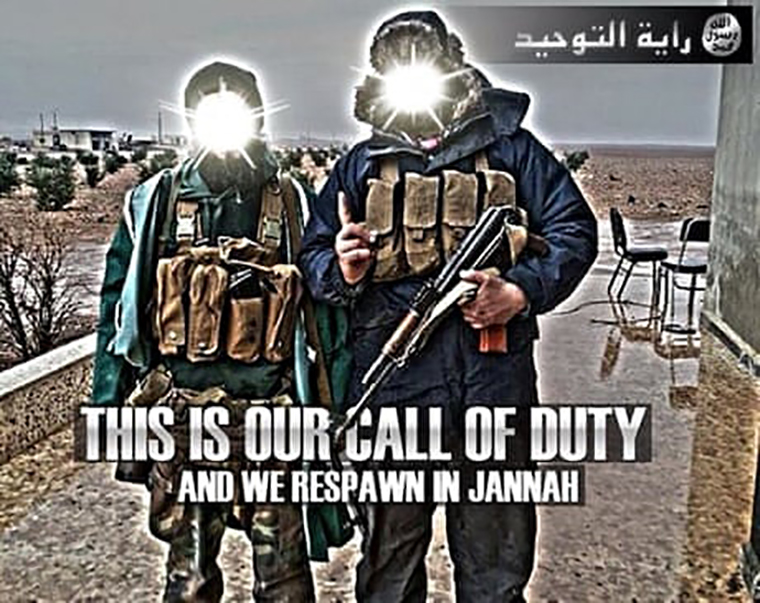 We know that these young people are under the age of thirty, that they’re digital natives. And we know across the world that young people are connecting to ideas from their peer groups. There is a real interest in building a belonging that is bigger than themselves. And so these groups—whether it is Boko Haram, the Taliban, the Islamic State, al-Qaeda—have offered these young people a way to have purpose, to have belonging, and to showcase their identity in a real way. 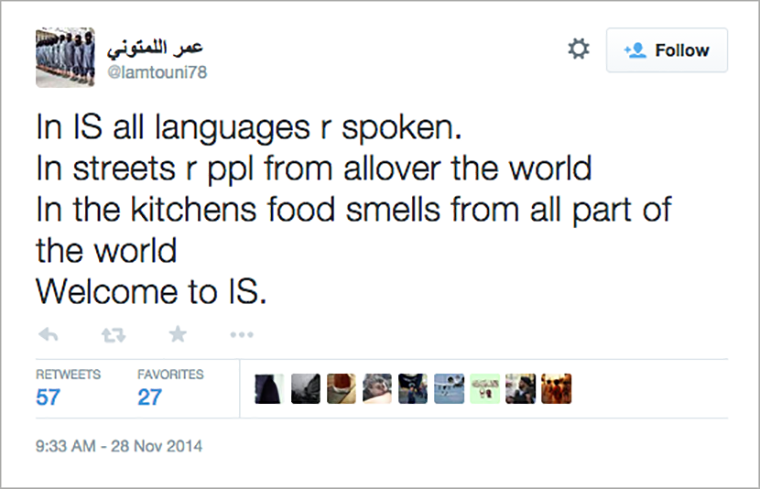 Through their social media posts, Islamic State recruits sought to encourage people to migrate to Syria to join the group.

CN: You’re isolating your thinking from your family, from your community.

FP: And you’re moving yourself into a mindset that suggests that in order for you to live out your identity, you can’t belong in the system you used to be a part of. You need to belong to a system that is different. And that system that makes sense for you now, as you’re moving emotionally forward, is the system that a terrorist organization has prepared for you. Extremists, whether you’re the Islamic State or al-Qaeda, you are converting people one-on-one.

FP: Any kind of terrorist organization recruits one-on-one. You don’t do mass conversions. “Where is that person vulnerable? We’re going to give them answers to their questions that make sense and motivate them to continue to want to get answers from us on these questions.” 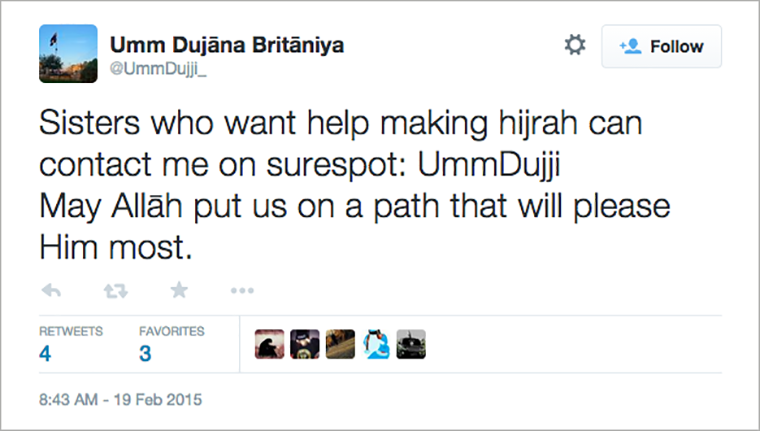 In this tweet, an Islamic State member asks women interested in joining the group to reach out to her personally on a private messaging application. This account has been suspended.

Whether somebody is moved by politics or moved by religion or moved by whatever angst, terrorist groups lure them in through that channel and give them answers that make sense for their particular need. Moving a young person from just asking questions to a place where they’ve bought in wholesale to the ideology—they’re now moving toward wanting to be a part of that extremist group. And now they have bought into the idea that violence in the name of this ideology makes sense.

FP: The answers to stop recruiting are both available and affordable. We know we need to scale up authentic, credible voices at the local level. We know we need to do it 24/7, at the pace that the extremists are doing it. In order to fight back against the ideology of the extremist, we must get peer influencers that make sense for these young people. And so, whether it’s a graffiti artist, a hip hop artist, or an athlete, these young people can connect with them. We have one-fourth of the planet that is Muslim. Sixty-two percent of that number is under the age of thirty—that is the number from which the bad guys recruit.

CN: When you say “we need to do it,” who are you referring to?

FP: Communities around the world. This isn’t just a problem that governments have to solve. This is a problem that every citizen in the world needs to get engaged in: It’s politicians. It’s journalists. It’s businesspeople. It’s philanthropists. It’s regular citizens. It’s teachers. It’s peer groups.

Young people themselves have a lot of ideas on how to stop their peers from finding this appealing, but we have failed to take the ideas of young people and to scale them up. We need to seed a lot of ideas to see which ones sprout to defeat the appeal of extremist ideology.

What we are unfortunately seeing are gigantic statements from governments that say they want to defeat these terrorist organizations, and they’re only interested in looking at the military or law enforcement side of things. They aren’t looking at the pieces that have to do with ideology.

CN: The label “radical Islamic terrorism” is problematic and polarizing. Why is language so important here, and what is the path forward?

FP: Everybody is trying to find a term that makes sense, and it’s been fraught with difficulties since 9/11. When you see newer terminology that is connected to political constituencies here in America, that suggests that there is an “us” and “them.” That suggests that Muslims don’t belong in America. That suggests that Islam was not a part of this nation since the very beginning.

We must be a nation that abides by our constitution: that everyone is equal, that everyone can pray freely, that mosques and synagogues and churches and temples can exist side-by-side in America, that you can wear a turban or a bindi or a cross or a yarmulke or anything else to demonstrate who you are in any way, shape, or form without problems. When we begin to disrupt that and erode what is in our constitution, it gives the extremist groups an opportunity to tell their potential recruits, “You see? America, in fact, hates Islam and hates Muslims, and there’s no way that you can be both Western and Muslim.”

This isn’t about being P.C. It’s about protecting our nation and doing all that we can to stop extremist groups from trying to pretend that they are defining our country in a way that is not correct.